Hamie Robitaille is an art director and graphic designer in Montréal. Constantly playing with the boundaries between art and design, she has worked with agencies such as Cossette, Moment Factory and K72. A graduate of EDCM, French-Irish designer and performer Molly Siboulet-Ryan began her career with Marion Musac's projects. She is also interested in sound and video editing. Also a graduate of EDCM, choreographer and dancer Stefania Skoryna has performed for Mélanie Demers, the Pétrus/Jérémie Niel company and Martin Messier. She has several collaborative projects and has choreographed for multiple events. Singer and keyboardist for the groups I.D.A.L.G. and JesuslesFilles, Yuki Berthiaume is also a well known DJ on the Montréal music scene where she has been working for almost five years. For his part, Ganesh Baron Aloir graduated in Graphic Design and Visual Arts at UQAM. His career in interactivity and multimedia production has led him to work on a series of AR/VR experiences, interactive installations and large-scale shows.

BEATS is a performance combining contemporary dance, visual projections and sound creation. The use of multimedia technologies acts as a dialogue engine and allows the interaction between the different parts. Thus, with the help of a connected stethoscope and stick, the movement danced on stage influences the visuals and creates sound, these parameters subsequently influence the movements, and so on. Constantly searching for the limits between disciplines, the work plays on the notion of contrasts as a basis for a universal territory.

In collaboration with the Society for Arts and Technology 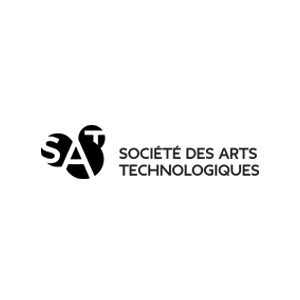 BEATS is a multidisciplinary performance by a Montréal-based collective combining contemporary dance, visual projections and sound creation. The performance is a creative loop exploring the limits of each discipline.

BEATS is a multidisciplinary performance by a Montréal-based collective combining contemporary dance, visual projections and sound creation. The performance is a creative loop exploring the limits of each discipline.