"An international festival now in its 11th year, MUTEK celebrates electronic music. (...) Every year the lineup is gloriously eclectic, in both sound and origin." - New York Times

Kicking off our second decade as one of the globe’s premier showcases for cutting-edge electronic music and digital creativity, MUTEK 2010’s guiding principle was to raise the festival to new heights by striking an equilibrium among MUTEK’s many historical strengths. Critics and audience alike agreed, MUTEK 2010 was the festival’s most ambitious edition yet. Furthermore, recognizing MUTEK’s longstanding contribution to the digital arts, the Conseil des Arts de Montréal named MUTEK winner of their 25th Grand Prix, the most prestigious prize that can be awarded to an artistic organization locally.

The 2010 festival lineup was about bringing back festival favourites to present new and ever-daring projects, showcasing acts that organizers have pursued for years, highlighting the most promising of new discoveries, and spotlighting originality that defies easy categorization. 174 artists and specialists from 14 different countries contributed to the 85 performances and projects presented as part of MUTEK’s artistic and professional program, including 16 Canadian, 10 North-American and 6 world premieres. 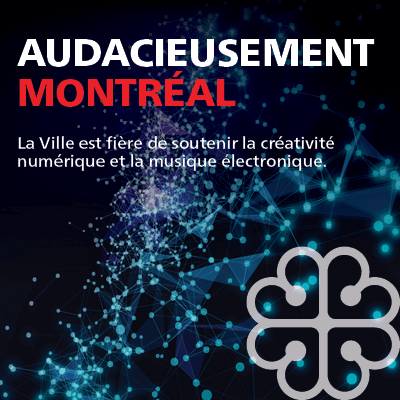