Part of the official program marking Montreal's 375th anniversary, Canada’s preeminent hub of electronic music and digital creativity turns 18, taking the occasion to change its dates, expand its program and refresh its commitment to live performance at the intersection of music, visual art and technology. MUTEK also mobilizes its international connections to host four days of programming dedicated to the cultural metropoles of London, Mexico City, Barcelona and Berlin — exploring the contemporaneous and multi-disciplinary links between Montréal and these capitals. The fundamental DNA of the festival will continue to express values of discovery, revelation and community, emphasizing premieres, exclusive appearances and artistic ingenuity. Events will take place in the Quartier des spectacles, the Society for Arts and Technology, Monument-National, Métropolis, Édifice Wilder Espace Danse and on the free outdoor stage of the Esplanade de la Place des Arts.

An international creative hub nourished by endless waves of artists and aspirants from all over the world, Berlin is a mecca of incessant creativity, technological innovation and provocative social, political and cultural activity. A place where club culture is recognized as high art, Berlin is represented musically by a mix of veterans and newcomers attracted by the city’s cosmopolitan effervescence, with support from the Goethe-Institut Montréal.

Curated by the venerable CTM festival, Saturday’s program highlights residents who represent a new wave of sounds and diversity, and who exemplify the spirit of eccentricity the city is infamous for. Founded in 2013, CTM’s ongoing Berlin Current initiative taps into the city’s sprawling landscape of unconventional pop and electronic music hybrids to identify and support emerging artists & scenes.

N.M.O is a 2017 participant of the SHAPE platform for innovative music and audiovisual art, which is supported by the Creative Europe program of the European Union.

Born in East Berlin, Sven Marquardt was a defining part of the emerging Punk, New Wave and arts scene in the Prenzlauer Berg neighbourhood from the mid 1980s. With the fall of the Berlin Wall, he halted his work as a photographer and immersed himself in the reunited city’s rising night club scene. The subject-matter of ‘Night’ left a strong impression on Marquardt since the end of the 1990s, due to his work as a doorman at the Ostgut club. Marquardt has also been working door of the famous Berghain since 2004.

DJ and producer Marcel Dettmann is recognised as one of the most influential proponents of contemporary Techno. Widely associated with iconic institutions such as Berghain and Hard Wax – Dettmann stays true to his roots by consistently innovating his interpretation of electronic music, integrating art with the scene.

Inter_Connect Berlin is part of “Germany @ Canada 2017 – Partners from Immigration to Innovation”, a special cultural program presented by the Goethe-Institut and the German Embassy highlighting the German-Canadian friendship in honour of Canada's sesquicentennial year.

Every year MUTEK attracts a large and diverse crowd of music and digital arts professionals from all over the world who come to Montréal to scout artists for their own programs, meet their peers, network and develop new partnerships. The festival plays an important role in its local, national and international artistic ecosystem by supporting and aiming to develop the careers of the artists it presents, while consciously nurturing all kinds of professional relationships.

A powerhouse of contemporary culture, a trendsetting metropolis and a constant source of forward thinking new music and art, London comes to MUTEK with the partnership of the British Council. Along with both an outdoor and indoor program of music and audiovisual performances, the festival will also host resident digital artists as part of an exchange with the Barbican. Somerset House Studios will be represented by several of their residents and will curate one of their signature Nocturnal City events, while other discursive activities led by Sound Diplomacy will investigate issues relevant to music cities such as London and Montréal.

This special edition of Nocturnal City in collaboration with MUTEK It invites artists and festival participants in Montreal and beyond to join the conversation and celebrate the future of a vibrant culture, with contributions from Studios residents LaTurbo Avedon, Estela Oliva, Paul Purgas, and Studio director Marie McPartlin.

In collaboration with the Barbican and Milieux Institute for Arts, Culture and Technology

This exhibition convenes work by the artist cohort known as alt.barbican. Part of an incubator-accelerator residency of the Barbican and Trampery in London, England it is also a collaboration with MUTEK and Concordia University’s Milieux Institute for Arts, Culture and Technology. The project also has a reciprocal side called alt.MUTEK, which involves the same partners, but is supported by the Ville de Montréal. Also included in this exhibition, as part of MUTEK’s Inter_Connect project that features London, England as one of four cultural metropoles, is work from an artist currently in residence at Somerset House Studios.

This project is supported by the ministère de la Culture et des Communications and the Ville de Montréal as part of the Entente sur le développement culturel de Montréal.

Inter_Connect London is presented with the support of the British Council

A special project of the 18th edition of the MUTEK festival, the Music Cities Symposium on Tuesday, August 22 will examine and debate the complex relationship between music culture and industry and its local city context, with a focus on live music. Developed in collaboration with Sound Diplomacy, the global experts in creating strategies that increase the value of music ecosystems, the symposium joins the festival focus this year on exploring international cultural metropoles and their manifold connections with Montréal. It targets venue owners, promoters, event organizers, real estate developers, policy makers, city officials involved in culture and urban planning, artists, activists and engaged citizens.

The Montréal Context
Montréal has been recognized as Canadian Live Music City of the year at the 2016 Live Music Industry Awards that were hold for the first time as part of the Canadian Music Week in Toronto. On that occasion, the Mayor of Montréal underlined the vitality of the city, both in terms of its many original and productive artists and its festivals and organizations that present a diversity of musical content all year round, supporting its ambition to excellence and to becoming an internationally recognized cultural metropolis.

There is indeed no doubt that music is a driving force for Montréal’s (international) development, generating considerable cultural, social, economical and touristic impact, and the city has put into place several initiatives to support its industry members. Yet many challenges remain for its musical scenes to effervesce further, with live venues facing an extensive set of challenges such as cohabitation issues, opening hour regulations and the lack of resources for digitalization and the implementation of new technology.

International Inspirations
Featuring a mix of international and local speakers, this concentrated forum examines and highlights case studies from around the world — from London’s Night Czar to Barcelona’s peculiar music tourism policies and Berlin’s urban development strategy - always connecting back to the Montréal context to see what can be learned or applied from these examples.

The Music Cities Symposium at MUTEK 2017 is presented with the financial support of FACTOR, the Government of Canada and of Canada’s private radio broadcasters and the British Council.

Leveraging MUTEK’s already considerable ties to Mexico’s capital, cultivated through 13 editions of MUTEK Mexico, the oldest capital city in the Americas and a modern, “alpha” global metropolis, CDMX is a hotbed of activity for contemporary art, music and food culture with an ascendant international profile. The activities representing Mexico City on Thursday will treat Montréal to the dynamism of this both ancient and young, super-city.

With the support of the Secretaria de Relaciones Exteriores, Consulado General de México en Montréal, the Agencia Mexicana de Cooperación Internacional para el Desarrollo and the the MIRF of the Government of Québec.

Red Bull Music Academy returns as a partner for two major nights on Thursday and Friday at Métropolis.

RBMA PRESENTS NOCTURNE 3: DRONE ACTIVITY IN PROGRESS
24.08 | 9pm-1:30am | Métropolis
Taking a cue from their Drone Activity in Progress event held last year while the Academy was in Montréal, Thursday night promises serious doses of drone and heaviosity with immersive sound artist France Jobin, the full spectrum overtones of Sarah Davachi, claustrophobic atmospheres and grid-resistant rhythm from Fis, an experimental drone set from Anthony Child (aka Surgeon) and the granular, ominous and icy cold music of Deathprod.

RBMA PRESENTS NOCTURNE 4: WIDESCREEN MACHEEN DREEMS
25.08 | 9pm-3:00am | Métropolis
As has become Friday night tradition, the program flexes its contemporary techno muscle with live sets that highlight the vivid and transportive power of the form. Local duo Demora premiere with a performance of their pristine, modulating momentums. The event will feature a hallucinatory unfolding from RBMA allumni Aurora Halal that will oscillate between the visceral and blissful, the mysterious Polar Inertia entity and its vapourous techno and an improvised experiment of two distinctive performers Surgeon and Lady Starlight.

The capital city of Catalonia, Barcelona’s affinities with Montréal and Québec run deep — not just through 8 editions of MUTEK.ES, but through long standing socio-political bonds as well. With the support of Institut Ramon Llull and Barcelona City Council, the city’s mediterranean sensibilities in design, art and musical culture will reveal themselves in discursive activities with creators, and live performances throughout the day on Friday.

Inter_Connect Barcelona is presented with the support of Institut Ramon Llull and Barcelona City Council.

MUTEK is thrilled to collaborate with Suoni Per il Popolo to co-present four events during the festival: 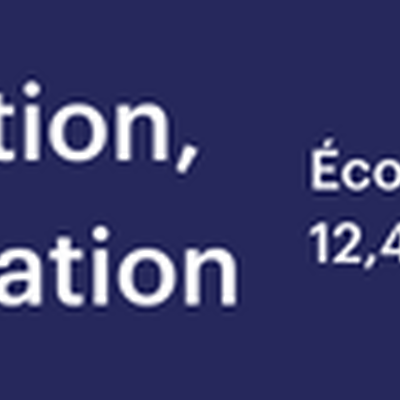