Two decades of pursuing and lauding the presentation of live electronic music and real-time audiovisual arts felt like a roll of the dice in 2000, but now, these forms have matured into vibrant, dynamic and truly contemporary sounds and sights. MUTEK’s unwavering commitment to this milieu has gone on to spawn a constellation of other editions, while establishing Montréal as a nexus for local talent and international rendezvous.

We are already anticipating our next chapter, and invite you to join us, August 25 to 30, 2020 — as we chart a new course for the future of the future!

Edition 20 By The Numbers

Taking control of the audiovisual machine that is the PY1 Pyramid at the Old Port, Robert Henke aka Monolake and Montréal’s visual wiz Diagraf plunged festival-goers into a bath of surround sound vibration and dazzling hi-tech laser and video for two performances that launched the 20th edition.

Tim Hecker and Konoyo Ensemble haunted the Place des Arts' Theatre Maisonneuve with a harrowing mix of ancient Japanese court music wrapped in 21st century electronic tapestries; Ryoichi Kurokawa mesmerized with his meticulous and moving 3D renderings of ruins, Loscil drew us into his atmospheric terrain with deep ambient and monochromatic visuals inspired by early 20th century photographer Alfred Stieglitz; while Italian collective fuse* conjured spells that produced a moving and poetic narrative with their mix of music, projections and the otherworldly motions of their dancer.

Alternating venues between Agora, MTELUS and 7 Doigts Studios, the Nocturne series—the backbone of the festival’s exaltation of live contemporary electronic music in its multitude of forms—Tuesday’s program was a pop-electronic cabaret that welcomed the once-shrouded-in-mystery Lithuanian duo Domenique Dumont whose live versions of their beloved balearic songcraft charmed everyone. On Wednesday the focus shifted to audivisuality, and local artist Lucas Paris debuted a brand new work that fused perfectly the self-programmed genetic codes of his music with a unique new visual signature. American duo Matmos owned the stage to close the night, with their animated, joyful and profound performance based on sampled plastics, with all the political and climate-focussed implications very much intact.

Filling the MTELUS on Thursday night with 6 continuous, all-improvised hours of live electronic jamming, Circle Of Live with Dorisburg, Johanna Knutsson, Mathew Jonson, Matt Karmil and Sebastien Mullaert provided an ecstatic, undulating techno-dream-soundtrack. Thursday night, Gudrun Gut stole the show with her charismatic presence and performance— and this following a deep lesson in texture and composition from Jan Jelinek. Techno reverberated through the auditorium on Friday night, with Lotus Eater (Lucy & Rrose) delivering a ferocious live set, and Veronica Vasicka, pinch-hitting for a last minute cancellation brought a set that rose well beyond the call and sent festival-goers into another realm altogether.

Red Bull put their heft behind two programs that brought a panorama of sounds from around the world: Sinjin Hawke & Zora Jones mixed their glossy new audiovisual concept with their hi-tech club-derived dynamism and Ouri laid down a live set of her soulful, musicianly new songs. On Saturday, Rashad Becker and Ena delved into mesmerizing and minute sonic details and Overmono’s modular tinkerings burst into a frenzy of ingenious rhythms.

The place for imagination to run wild, the Play series hosted unique and adventurous sets from Stephanie Castonguay and her hacked digital scanners, CLON X NWRMTCC performed their cyberpunk, simulated world A/V, Meta, Kathy Hinde enchanted with her Twittering Machines and eco-themes, and Ben Shemie took off in directions that harnessed voice and feedback to arresting effect.

The outdoor stage exploded on Wednesday with a full menu of Latin flavours, culminating with a big congregation for the free DJ set of Ecuador’s Nicola Cruz. A 20-year circle was closed with the brand new set from Montréal’s microhouse genius Akufen, Dust-e-1 and Pick a Piper picked up accolades for their spirited beat-work, and Johanna Knutsson brought a full arsenal of ambient weapons to Sunday’s opening spot.

AMPLIFY D.A.I is an initiative developed by the British Council in partnership with MUTEK in collaboration with Somerset House Studios in the UK. Since 2018, the programme has connected an active network in Argentina, Canada, Mexico, Venezuela, Peru and the UK.
AMPLIFY D.A.I is a platform that creates international visibility in the industry for women-identified artists and curators. The programme offers networking opportunities, showcases, exhibitions and performances, residencies, workshops, creative labs and field trips.

For the 2019 edition, the programme featured a new cohort of 20 artists and professionals from Argentina, Canada, Peru and the UK, who participated in MUTEK editions in Montréal, Buenos Aires, and at Espacio Fundación Telefónica Lima in Peru. Selected participants from the 2019 cohort will take part in workshops and showcase their work at Somerset House Studios later this year.

We are committed to equal opportunities and to reflect diversity in our programming and at every level within our organizations. This initiative is part of our wider strategy to support the participation of women-identified artists and curators to increase gender equality in the digital arts sector.

For its 20th anniversary, MUTEK offers its festival-goers and the general public an unique exhibition of audiovisual installations and VR works. Presented in three locations in the heart of the festival’s perimeter, these artworks reflect the way in which the technologies, over time, have embodied our visions of the future.
Whether through the electronic reproduction of biological neurons, the creation of AI algorithms, blockchain, CGI or with the use of analogue techniques, the artists invite us to take a critical look at our present world, which already carries within itself the keys to a future in which machines and humans work together towards more equity.

This exhibition was made possible with the generous support of Tourisme Québec, the Conseil des arts et des lettres du Québec and the Ministry of Culture and Communications, in partnership with Synthèse - Pôle Image Québec and the Conseil des arts de Montréal. MUTEK also thanks the British Council, the Canada Council for the Arts, the SAT, Place des Arts, OBORO; Studio XX, HTC and MontVR.

The Institute for Sound and Music Berlin brings its 360° audiovisual ISM Hexadome installation to the Musée d'art contemporain de Montréal (MAC) for a 3-week stretch beginning on August 13 to September 2.

The ISM Hexadome North America Tour is funded by the German Federal Foreign Office, implemented by the Goethe-Institut and supported by the Federation of German Industries (BDI) under the “Year of German-American Friendship” program called “Wunderbar Together”. 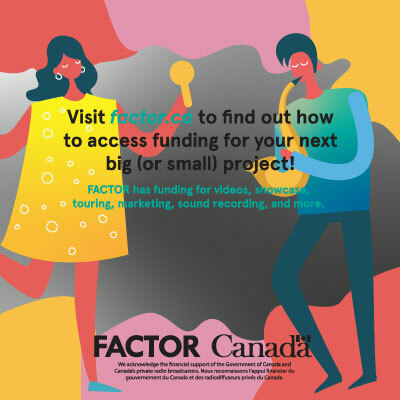